The Basic Science And Benefits Of Keto Dieting

While you’ve probably heard about the method of dieting known as “keto,” you may not yet be familiar with how it works and what it demands. If you are trying to decide between our keto diet meal plan options or our traditional meals, these basics will help you figure out whether keto dieting may be right for you!

Keto dieting might best be categorized as a stricter version of traditional low carb dieting, with a higher proportion of dietary fat and lower proportions of dietary carbs and protein required. The classic ketogenic diet was originally developed in the 1920s to treat seizure disorders in children who did not respond to traditional treatments, and requires a full ninety percent of calories to come from fat, while only five to fifteen percent should come from protein and five to ten percent to come from carbohydrates. 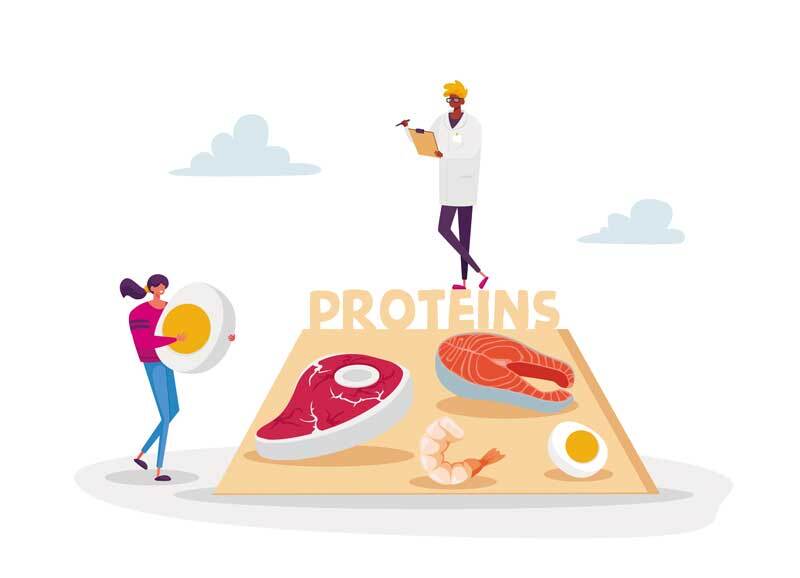 Later, it was discovered that a modified version of the ketogenic diet, colloquially called “keto,” could help some people who followed it to lose weight as well. By radically reducing your intake of carbohydrates, you are depleting your body of glucose, which is the simplest form of energy and the fuel that your body naturally runs on. Thus, it will transition to burning fat and to using ketone bodies, a type of fatty acid, for energy instead, putting your body into a state called ketosis— not to be confused with ketoacidosis, a dangerous condition that can afflict people with diabetes.

This process may begin in as few as 72 hours after you reduce your carbohydrate intake. If you want to be absolutely sure that you have achieved ketosis in your diet, you can purchase a strip test that can scan your urine for the presence of these ketones. Or, you can simply stay on the lookout for signs like fruity “keto breath,” dry mouth, increased thirst and more frequent urination, and increased energy (after an initial period of fatigue).

On a keto diet, protein is limited as well because it can sometimes be used by the body to create glucose, but keto dieters usually take in twenty or thirty percent of their calories from protein rather than adhering to the stricter restrictions posited on the original ketogenic diet. However, carbohydrates are still strictly limited, and around three quarters of a keto dieter’s daily calorie intake should probably come from fat.

Thus, a keto diet will usually consist of high amounts of foods like nuts, seed, butter, oils, eggs, fatty fish, meat, and low-carb vegetables, while consumption of grains, starches, and even many fruits is prohibited or vastly reduced. Some keto dieters will strictly count their carbohydrates, while others will stick to a list of “allowed” low-carbohydrate foods.

How quickly you will lose weight on the keto diet depends on a variety of factors, including your starting weight and your individual metabolism, but you are likely to see a large initial drop in water weight during your first week before loss slows down to around one or two pounds a week.

The keto diet may simply work for weight loss because it causes dieters to lower their overall calorie intake by limiting their food choices, but it may have unique metabolic benefits as well. People who adhere to a keto diet often report a more stable mood, increased energy, and a lower appetite, since blood sugar spikes and “crashes” on a higher carbohydrate diet are thought to cause cravings and fuel overeating.
Research has also shown that keto dieting can reduce several of the negative health markers associated with obesity, such as high blood pressure, high triglyceride levels, high blood sugar, and high “bad” HDL cholesterol levels. A keto diet may also help protect against some kinds of cancer that are fueled by excessive insulin levels, and can improve your skin health since some acne can be triggered by insulin spikes.
Though research is still developing, some athletes also find that a ketogenic diet enhances their athletic performance. Lowering your body fat percentage through keto dieting can ultimately help increase your fitness, and one study found that keto dieting benefitted some endurance athletes by allowing them to rely on stored fat rather than simple carbohydrates for energy, eliminating their need to refuel during workouts and lowering their recovery times.

Risks And Side Effects

However, a ketogenic diet does not come without risks, so you may want to speak to your doctor or conduct additional research before you embark on a strict keto diet. For instance, you’ll want to avoid a keto diet if you are breastfeeding or are on certain medications, and while some people with diabetes find that a keto diet improves their blood sugar control, others may experience dangerous side effects.
You’ll also want to take care to avoid any nutritional deficiencies that might arise from a more limited diet, and should be aware that even some people who respond well to the keto diet find that they experience some unpleasant symptoms while they are transitioning onto it from a higher carb regimen. Known as the “keto flu,” these symptoms can include fatigue, weakness, dizziness, gastrointestinal issues, headaches, trouble focusing, muscle cramps, and irritability.
However, these symptoms will usually clear up within one or two weeks, and staying adequately hydrated with both plenty of water and the appropriate electrolytes may help reduce their severity. If you find these side effects intolerable upon embarking on a keto diet or want to avoid them altogether, you can also try gradually reducing your carbohydrate intake instead of radically cutting back all at once.

If you’re interested in experimenting with a keto diet but are having trouble fitting meal prep into your busy schedule, you can take all the guesswork out of it and sign up for as many as three perfectly portioned keto meals a day on five days per week through Power Life Meals.

You’ll be able to customize your meal plan to suit your dietary preferences and needs, and our delicious keto meals will range from savory delights like Keto Mojo Shredded Pork and Keto Kung Pao Shrimp to sweet-tooth satisfying Keto Pumpkin Pancakes and French Toast. Click here to learn more and order today!